The Electric Garage Door Opener: Understanding How It Works 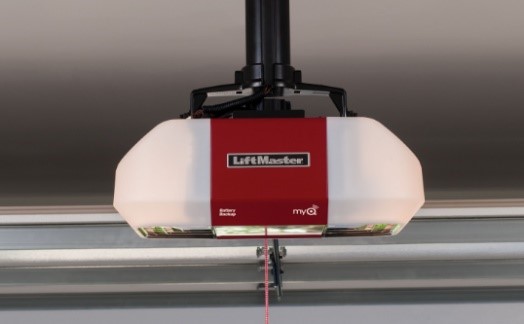 If you have one, chances are good that you take it for granted. Your garage door opener is one of the unsung heroes in the world of home appliances. It works tirelessly, day in and day out, year after year. It ensures that you enjoy convenience, that you don’t have to get out in the rain or snow to open the garage door, and it never complains. How much do you know about how it works, though? Most people have very little knowledge of how an electric garage door opener works.

Below, we’ll run through some of the basics of garage door opener operation so you can have more appreciation for what it does to benefit your life day after day.

More Than One Type

Many people are surprised when they learn that there are several different garage door opener types on the market. In North America, central systems are the most common. These connect to the center of the garage door, and pull it into a horizontal position close to the ceiling. However, there are other options out there, including the jackshaft opener, which is specially designed to work in garages with cathedral ceilings.

Understanding How the Remote Opens the Door

If pressed, would you know how signal gets from the remote to the garage door opener? It’s simple. The remote contains a radio transmitter. The opener itself has a receiver built into it. When you press the button, a radio signal is sent from the remote to the opener. Most openers use a specific frequency, such as 315 or 390 MHz.

This is actually one of the things that homeowners call garage door technicians about the most. The complaint usually goes something like, “I keep pressing the button on the remote, but no matter how many times I do, nothing happens.” Now that you know how the signal gets from the remote to the opener, it should be easier to understand just what the problem might be. In almost all instances, it’s a dead battery in the remote. However, it may also be something like a power outage in the area. Without electricity, neither the remote nor the opener will work.

The Myths of Signal Pirating

Have you ever heard that a plane passing overhead could cause your home’s garage door to open or close? It’s a myth. Don’t believe it. Radio frequencies are in use on both ends, but they need to be very specific in order for the opener to act on them.

Now, you might have also heard that it was possible for someone to duplicate your garage door access code. That was possible at one point. Doors manufactured prior to 1993 used a series of DIP switches that allowed a limited number of code options. It was technically possible for a thief to pick up that signal and then open the door. However, even back then this wasn’t much of a possibility in the real world.

Since 1993, Chamberlain, which manufacturers LiftMaster and Craftsman brand garage door openers, changed to the Security+ system. This allowed up to 1 billion code possibilities, and eliminated the potential for anyone to get ahold of the code being used. The code even changed after every use.

In 2013, Chamberlain introduced the MyQ system, which allowed homeowners to use their smartphone to open and close the garage door. And then in August 2017, Wi-Fi entered the scene. Today, garage door openers are almost bulletproof when it comes to code hacking and pirating.

One of the most important, yet most often overlooked, parts of a garage door opener is the drive used. In older systems, a chain drive was used, similar to the chain on a bicycle. However, more and more systems today are using a rubber belt that has been reinforced with steel cables, very similar to the way that car tires are made. Belt drives are also much quieter than chain drives. There are also screw drive systems on the market, but they are not used very often.

The strength of your garage door motor indicates how much weight it can lift, and how fast it can do it. Most garage door opener motors are AC models (alternating current). They usually have a rating of .5 to .75 horsepower. Some motors are DC types, though (direct current). They have variable speeds that allow them to open slowly, speed up, and then slow down before full open is reached.

A word of caution must be said here. It’s important to understand that however much opening power your garage door opener might have, it has the same amount of power to close the door. This means that it’s very important that the door be well balanced. In a properly balanced garage door, you should be able to open the door with one hand, and the door should weigh no more than about 10 pounds.

Since 1993, it has been the law that all garage door openers sold in North America must have two automatic reversal systems installed from the factory. These systems must operate correctly at all times. The first system is mechanical in nature – it reverses the door if the door encounters an obstacle while closing. The second system is electronic – it relies on a pair of photo eyes mounted on each side of the garage door, about six inches off the ground. An invisible beam of light is emitted, and it if is broken while the door is lowering, it will immediately reverse.

Also, make sure to try out our design center to help you choose the right garage door for your home, or browse through our image gallery to see examples of our work.

Battery is good ( the light comes on) but door doesn’t budge. Could it be a loose wire inside remote? Would that be fixable?

Hi Denise, we have a few questions to ask you to help you out with your opener. Can you give us a call at 613-749-2138? It will be easier for us to answer you over the phone.